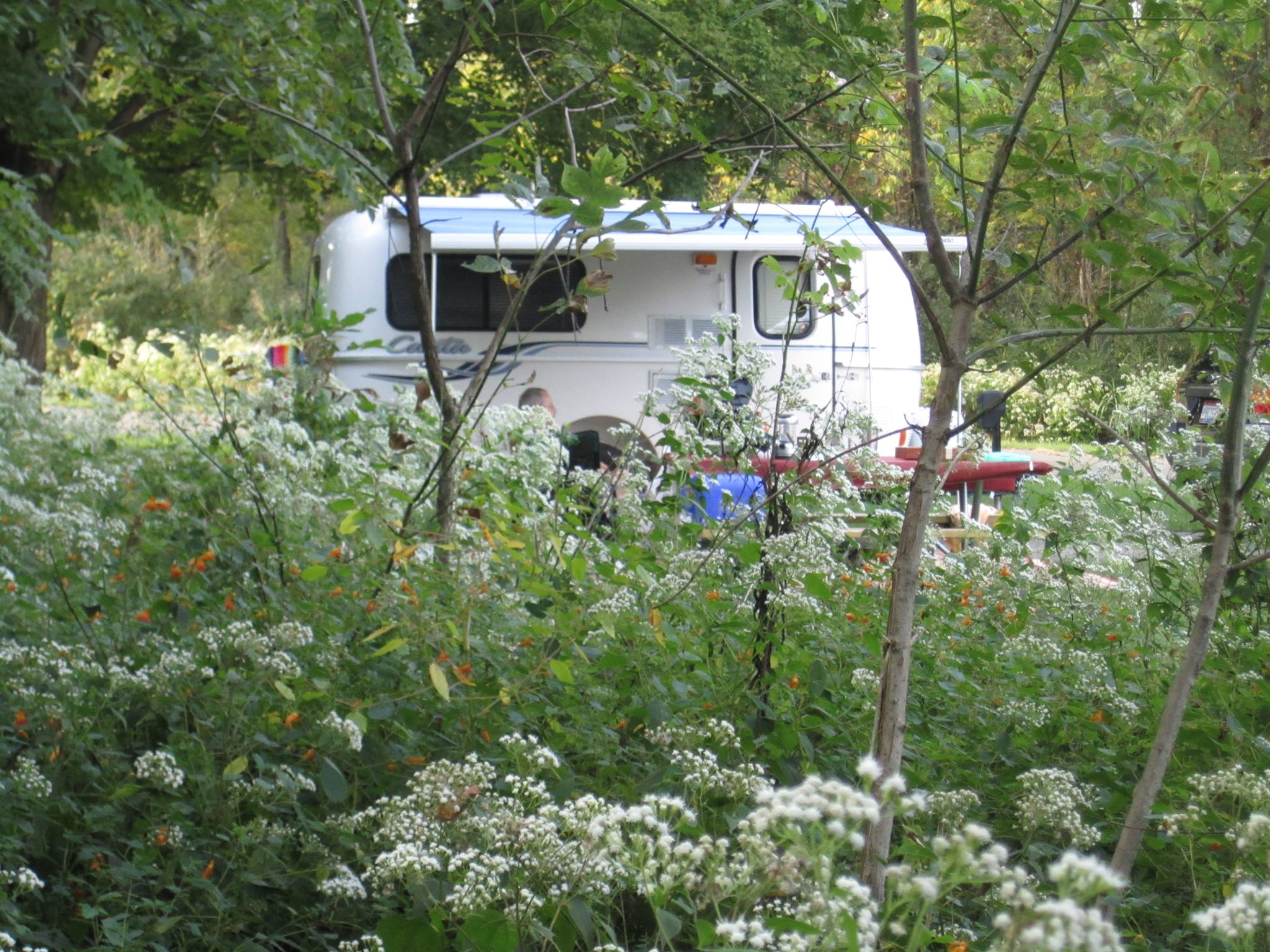 When we say, “If what you need isn’t on the list, let us know,” we mean it.  Innovation—finding unconventional solutions to unconventional problems—is what we do best.

It all started with a bike rack.

In 2009, Dan, a developer at Orbital Machine Works, wanted a hitch that would let him carry his mountain bike on his Casita, but couldn’t find one that didn’t have to be welded to the bumper. So, he built one.

Then, he bet Orbital’s owner (who just so happens to be his son, Terry) that if they made more, people would buy them.

They offered one for sale on EBay, just to test the waters. Between the time Terry left his office and walked back to the shop to tell Dan the ad was up, the hitch had sold.

Other products followed. Inspired by what they heard from customers, the team—Terry, Dan, and Josh—designed a shock absorption kit, jack relocation plate, portable generator security system, and other upgrades and conveniences for Casitas.

Offering installation and services was the natural next step.

For the record: Yes, Dan, you were right.

Lynn, a native Texan, is an artist, wannabe baker, and crocheter of ugly scarves. Since she can't be trusted around power tools, we keep her confined to the office. She'll answer your questions and coordinate your visit to make sure you leave as a happy camper.

A master craftsman with an exacting eye and encyclopedic knowledge of construction and remodeling, Warren brings 30 years of hands on experience to the shop. From his work on commercial and residential structures, to tour buses and motor homes, he's amassed an impressive portfolio. In his downtime, he enjoys watching the History Channel, grilling steaks, and doing what his wife tells him to do. (He made us add that last part.)

Terry's big first word, according to his mother, was "astronaut" and his favorite toys were Legos. That passion for engineering (known less politely as "nerdiness") is now channeled into making grown-up toys. He's responsible for the science behind what we do. Even his hobbies are geeky: he's a competitive sailplane pilot and video gamer.

Whether it's in the middle of a lake or desert, on a snow capped mountain or at the base of a canyon, Josh is happiest when he's outdoors. Tweaking designs so that they don't just look good on the drafting table, but work in the real world, is his specialty. (He's also been known to read Lynn's trashy mystery novels when he thinks no one's looking.)

Dan's imagination is behind our Casita products. On weekends you'll find him hiking or biking in one of our state parks, or working on one of the breathtakingly beautiful water gardens he's created. If you meet him, you'll understand where Terry got his love of design.

View our calendar and schedule your 2019 appointment.